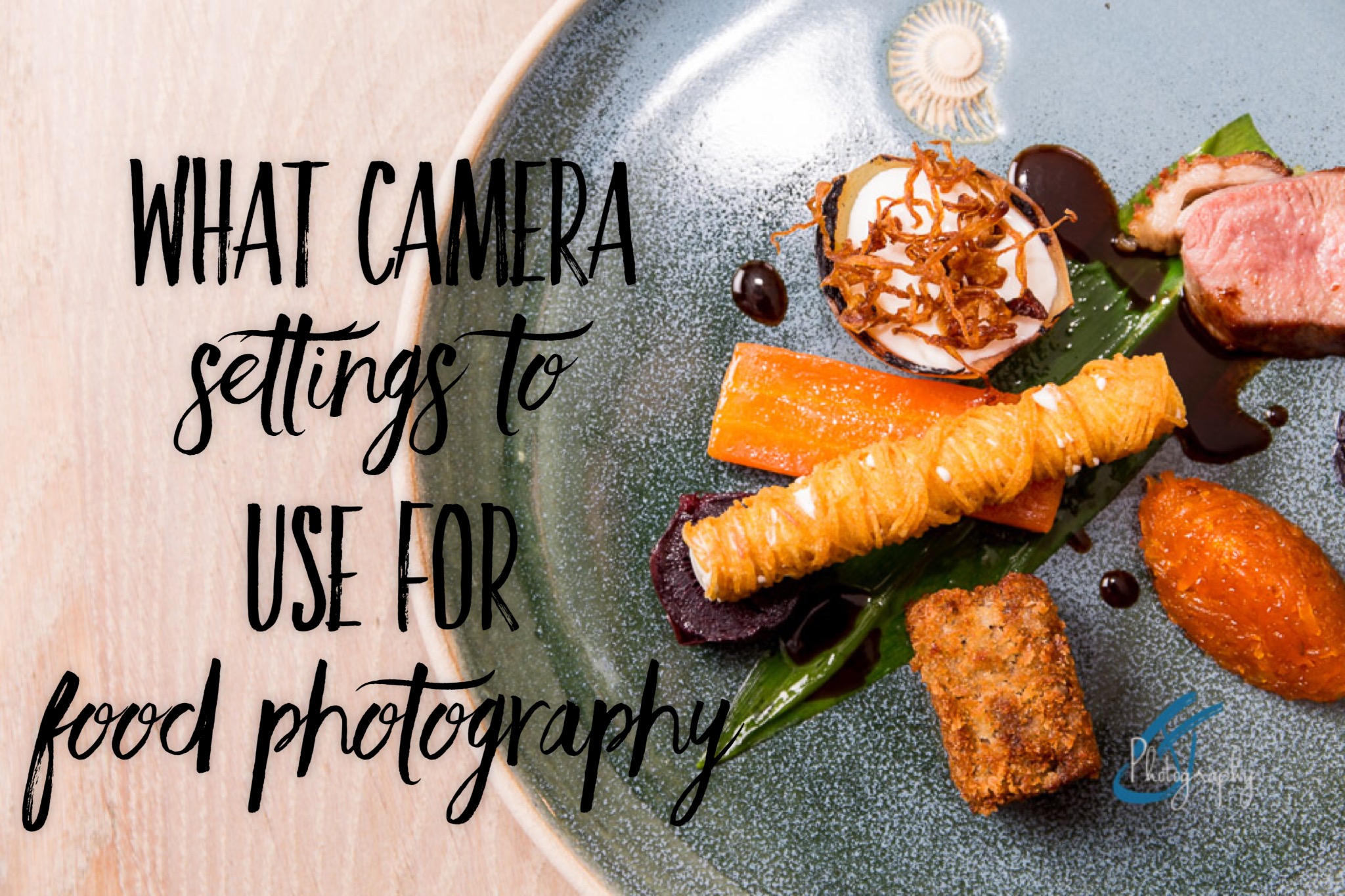 The correct camera settings are as follows. There aren’t any.

Hi folks. I’ve heard people asking the same question, no matter what type of photography they’re learning. What camera settings should I use? If you’re looking for a magic formula, you’ve come to the wrong industry. I suppose, if I were being a smarty pants, I’d say, the camera setting which give you the exposure you’re trying to achieve, using the equipment you have, in the conditions you’re shooting. Which, although the correct answer, probably isn’t the answer you were hoping for. 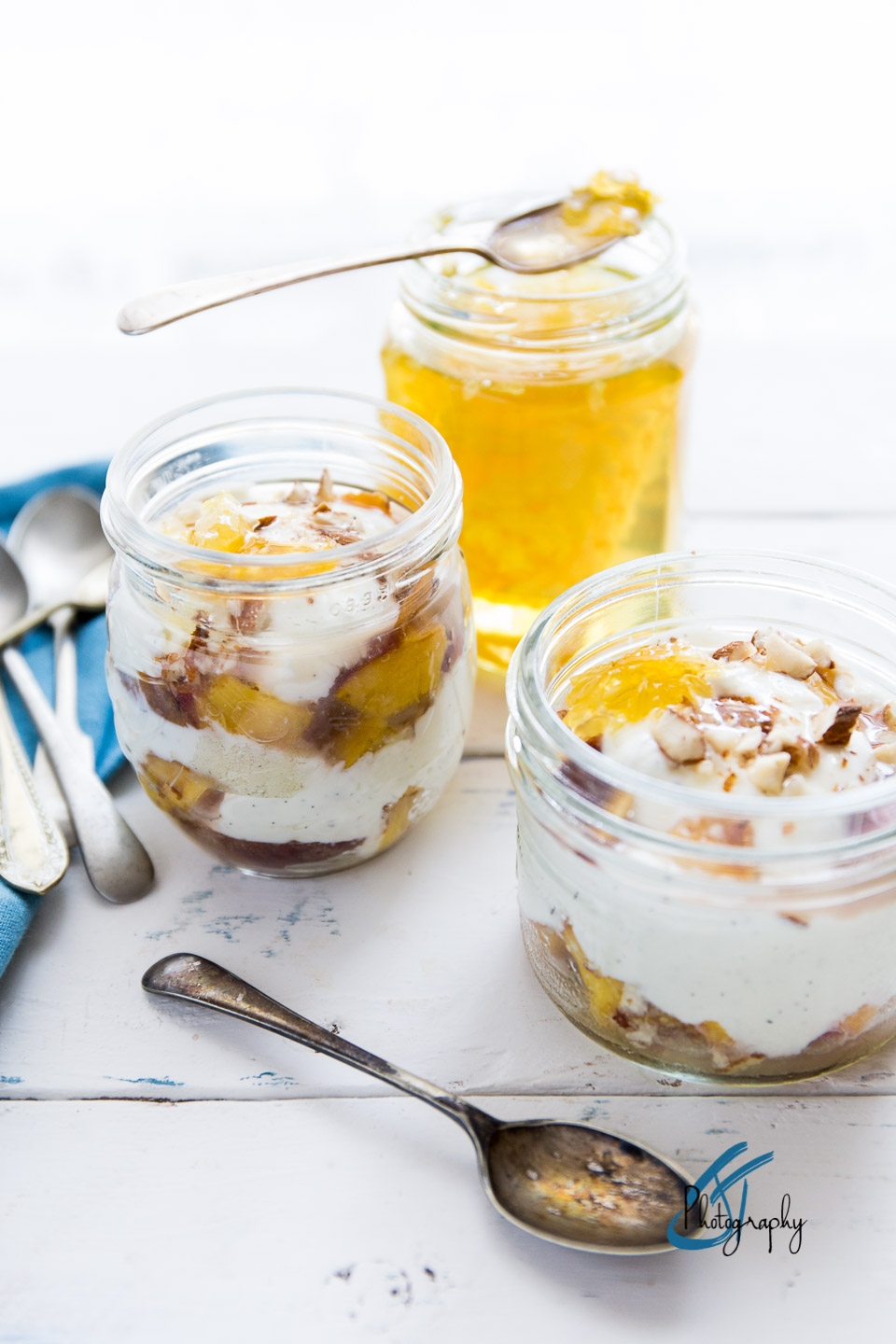 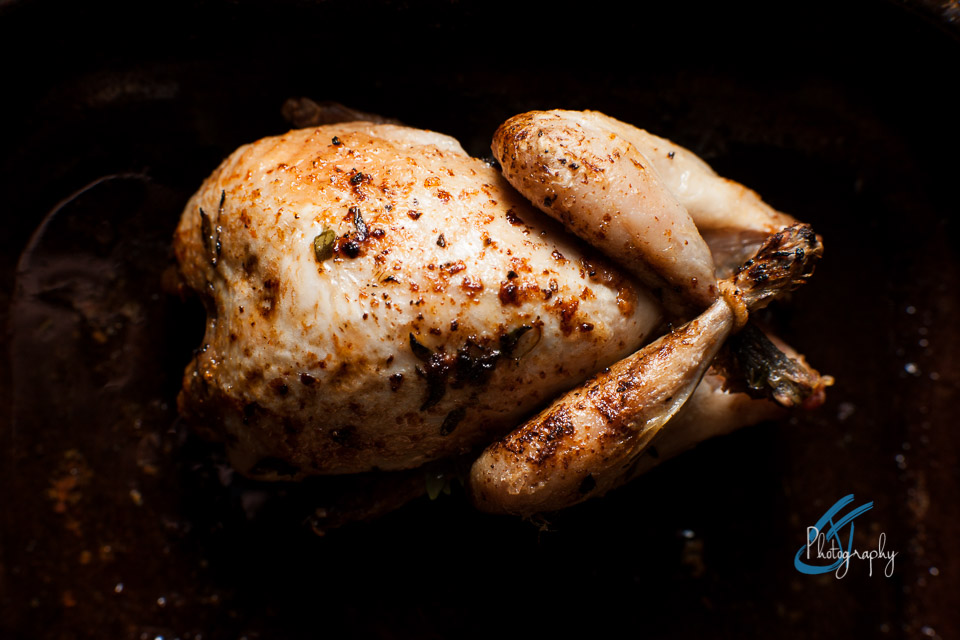 You need to have an idea or picture in your head of what the final photograph is going to look like. This is before you even sharpen your chefs knife and open the can of beans. You need to have the look, style and a bit of a story to tell. Don’t get too caught up on the story just yet. It could be as simple as… “There once was a plum call Patricia, and she had a spicy love affair with Bertie the Tahitian Vanilla Bean” The point is, before we can tell the story of Patricia and Bertie we need to know, is it a dark and fiery entwinement or is it innocent summer love and friendship in Tuscany.

All these things not only effect your choice of exposure but the styling and way you approach the shoot. Lets just say we’re going with light and bright, summers love in Tuscany. Lets also say you have nice window light and plenty of it. So you’ll probably be using an ISO between 100 & 400. You don’t have a tripod so you’ll be hand holding, this means you won’t want your shutter speed to be less than (slower than) 1/60 sec, which I believe to be about the lowest most people can hand hold and still get a sharp picture. Next you say you’d like Patricia the plum, drizzled with honey sharp in the foreground whilst throwing Bertie the Vanilla Bean and the rest of the background into a delicious soft focus.

Based on this scenario, two things are crucial to getting the exposure you’d like and the picture you want. The Aperture, which has a lot to do with how much of the image is in focus and how much is soft (Depth Of Field), and the shutter speed, because 1/60 sec is the slowest you can hand hold. Therefore the most likely candidate for change in the yummy trinity is the…..? ISO!!!! I hear you all shout out together 🙂

I’ll be going further into detail regarding depth of field and how to achieve the look you want in another post. It’s the one of the trinity which has the greatest effect on the look of the photograph, but it’s not all about the Aperture.

Back to the Tuscany love story. You’ve got your set up and shooting position. You’ve styled your scene based on the story and image orientation. You take the first shot, for example, f4, 1/60, ISO 200 and the exposure is darker than you want. Now you need to change the recipe for your exposure to get a different result. Your shutter speed probably shouldn’t be slowed any more because you’re hand held, so that stays put. Your lens may not go wider than f4 and be maxed out, so that’s going to stay put. You also have to remember, if your lens does go wider than f4 and you open it up, the depth of field is going to become shallower and effect your image. The only thing left to change is your ISO. You need to raise the ISO, making the camera more sensitive to the light. Lets say you want the exposure to be 1 full stop brighter. Take the ISO from 200 to 400. Take a shot. Based on how you feel about this new exposure recipe, you will raise or lower the ISO to suit.

So you see there is no correct setting for any photograph. Maybe there’s a look you’re going for, but that simply means you need to come up with an exposure recipe that fits the look you want. Understanding that many recipes will achieve the same exposure, but the looks can vary quite a bit. Here’s some examples to show you what I mean.

All these camera settings will create the same exposure but the look will change regarding the depth of field. The higher the f number the deeper the depth of field will be (more in focus), the lower, the shallower (less in focus).  So where do you focus? Pop over to my post on where to focus in your food photography where I go through this. 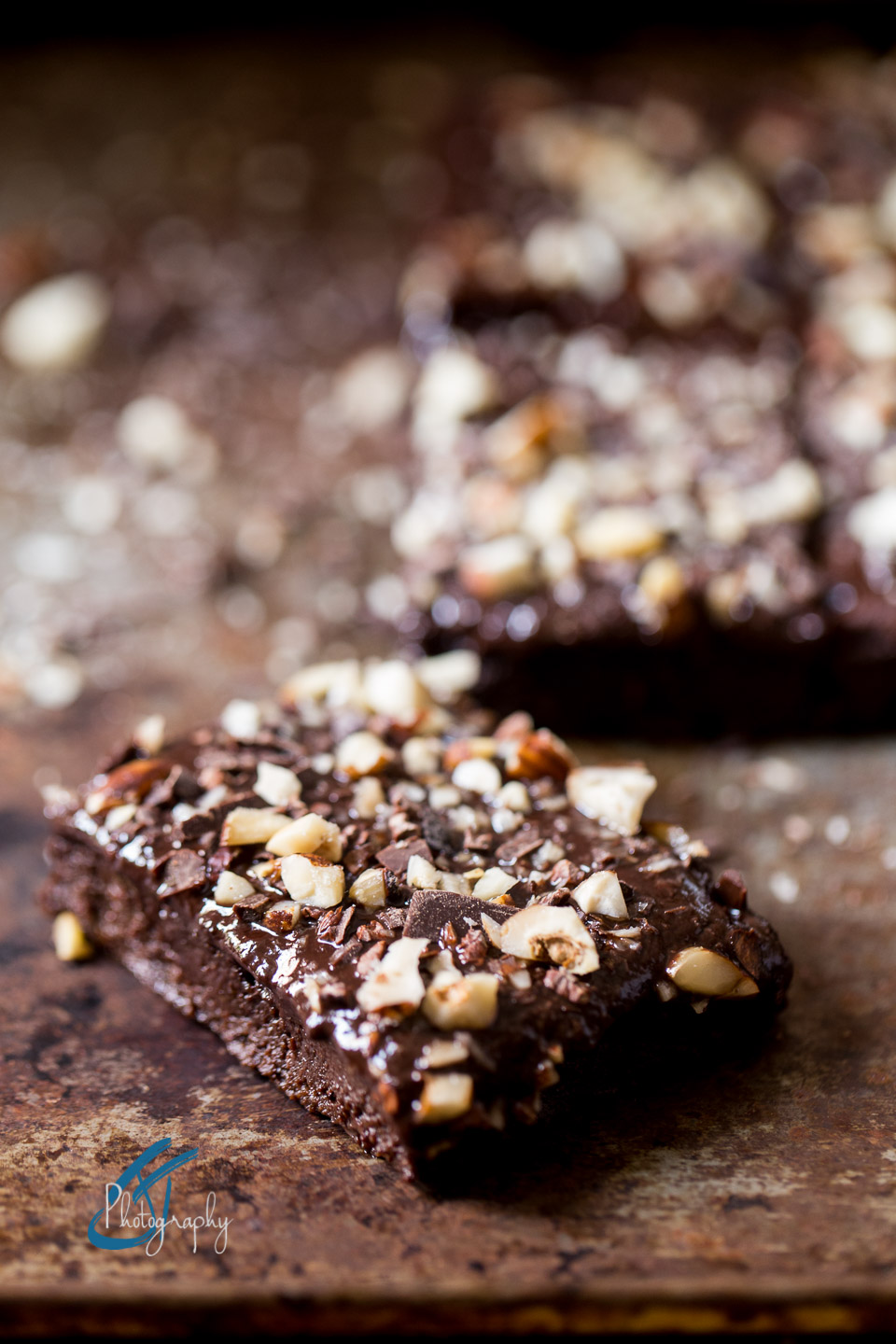 What do we now know about the Yummy Trinity?

There are no magic camera settings to get the look you want. The exposure, light, story, mood all dictate what the exposure will look like. From there, you take one or two of the Yummy Trinity and fix them based on what you’re shooting, the conditions you’re shooting in and the exposure you have in your mind’s picture.

Get a starting point for your camera settings based on where you usually shoot and the light you have to work with. I’ll give you a ballpark starting place of f 5.6, 1/60, ISO 400. This is actually the camera settings I’d use at this moment, shooting in our little studio, with window light. It’s also in the range of capability of most peoples camera and lens. Take some time to frame up your shot. Now take a look, is it too bright or too dark? Now change only one of the three (Aperture/Shutter Speed/ISO)  and take another shot. If it’s still not the exposure you want, change the same one of the trinity until you get the exposure you want. Now you’ll have an understanding of what that setting does.

Anyone of the three will get you the exposure you want, but there will be a giveback from using them. Your job as a photographer is to balance the Yummy Trinity until you get the shot you want without compromising the image more than necessary. 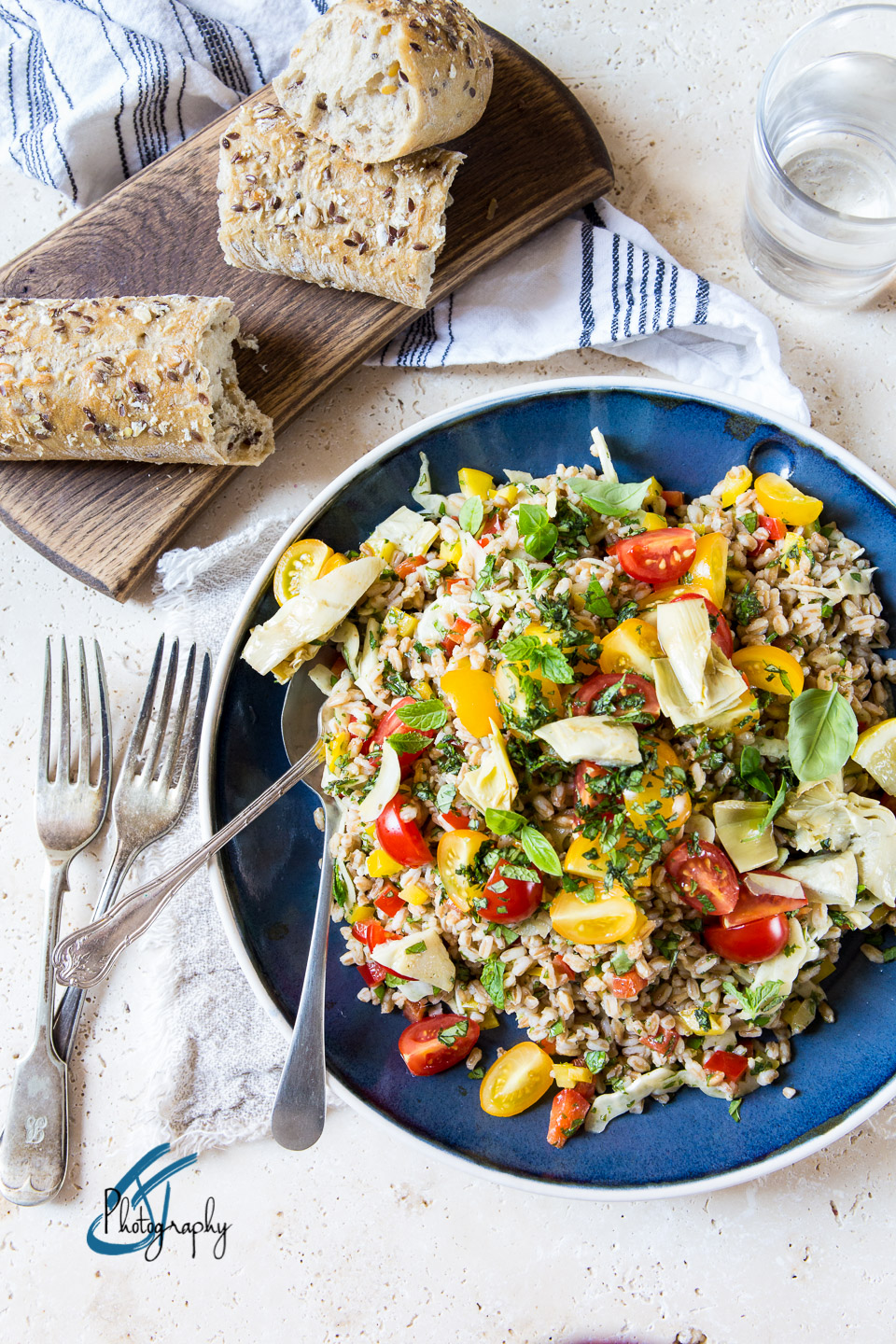 So you see, as you gain from one of the trinity there may be a slight negative you have to take into account. It’s not always necessary to adjust just one of the three. You can adjust two of the trinity to get the exposure you want. For example, you want to raise the exposure by 1 full stop of light. You may get ⅓ of a stop from your aperture and then ⅔ of a stop from your ISO. Does that make sense?

That seemed like a bit of a long post but I hope you’ve taken something from it and I was clear enough. As always, I’d love to hear from you if you have any questions or you just want to say hi. If you know someone who would benefit from my tips, please share the links with them, the more the merrier.

That’s all for now, see you back here very soon.

14 Comments on “What camera settings to use for food photography”