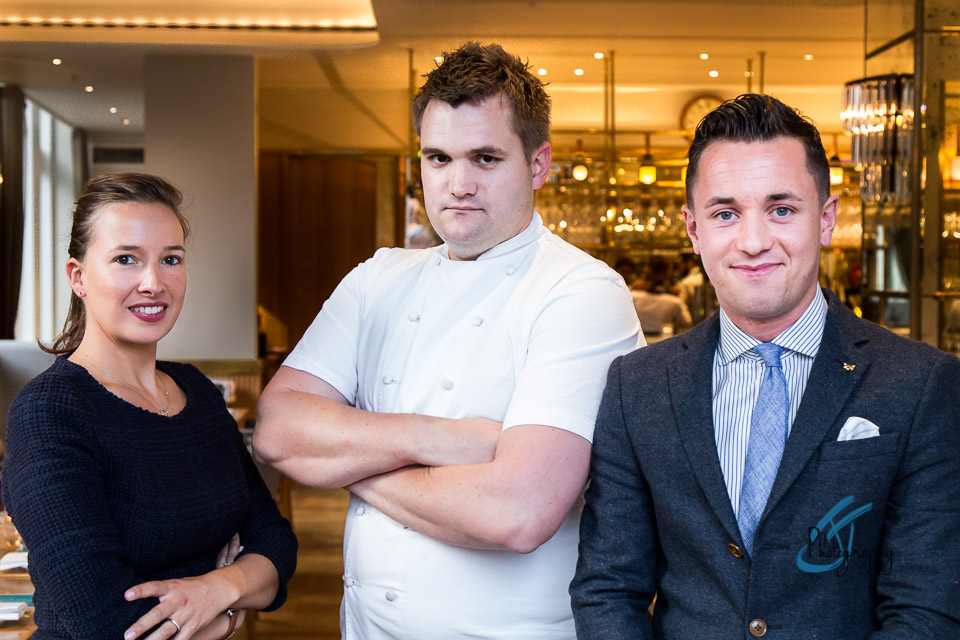 There’s a new and exciting restaurant coming to Windsor this year. The Oxford Blue is the dream of chef Steven Ellis and his team Daniel and Margriet Crump.

Last year they invited me down to Selfridges in London, to capture images during their pop up restaurant at The Corner Restaurant and Champagne Bar. We needed a whole bunch of shots for them to use to promote The Oxford Blue. Shots of the food, kitchen action and the central team of Margriet, Daniel and Steven.

It was going to be an amazing evening for everyone but especially the guests. It was to be a whisky paired dining experience and Dr Bill Lumsden of Glenmorangie was there to talk you through those fine parings. 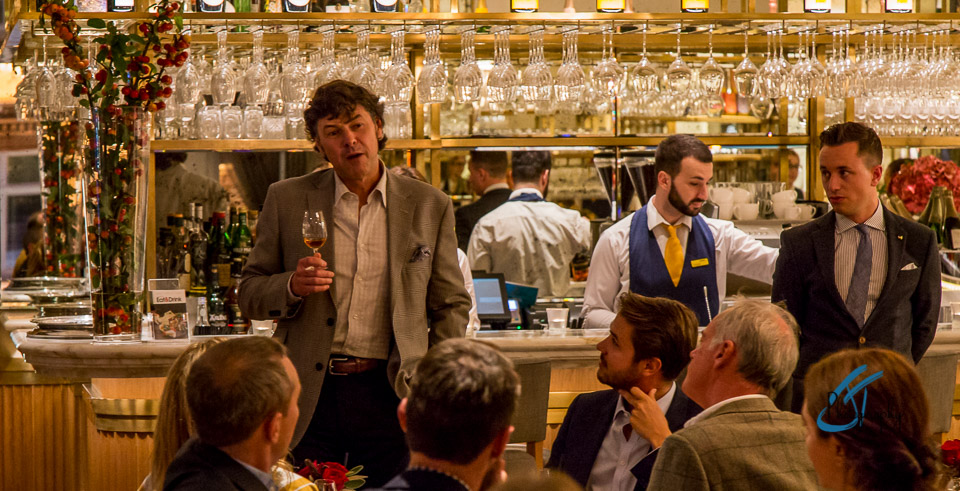 There was an exciting and expectant vibe building when I arrived. This was going to be a brilliant event and I was excited to be there. The challenges were very apparent from a photographic perspective. The light in the kitchen was harsh, bright with a mixture of chefs whites and polished stainless surfaces to make camera exposures a bit of a challenge. In contrast, the dining area was going to have soft lighting of various temperatures. This was another good challenge for the Canon 6d which I’d fairly recently purchased for its low light ability.

UPDATE: The Canon 6D has now been replaced by the Canon 6D mk2 with some improvements for photography. Another alternative I can recommend is the Canon EOS R. 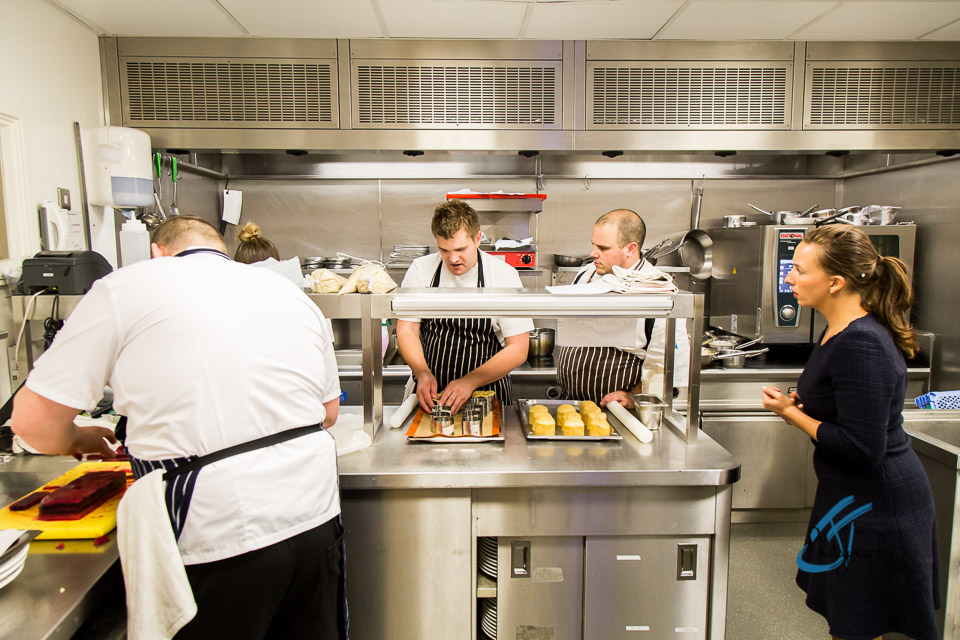 The Oxford Blue Chefs in action

Initial prep was in full swing in the kitchen so I went to work capturing a bit of kitchen action before service began. Seeing how the camera was reacting to the situation and quickly learning the dynamics of the chefs. You need to know how to move around a kitchen, get the shots you know they’ll love, minimising your impact on their workspace. This is very different from a staged promotional or publication shoot, where I would take greater charge and direct for those required shots. I’m certainly not the smallest guy in the world, so I have to be very aware of my surroundings. 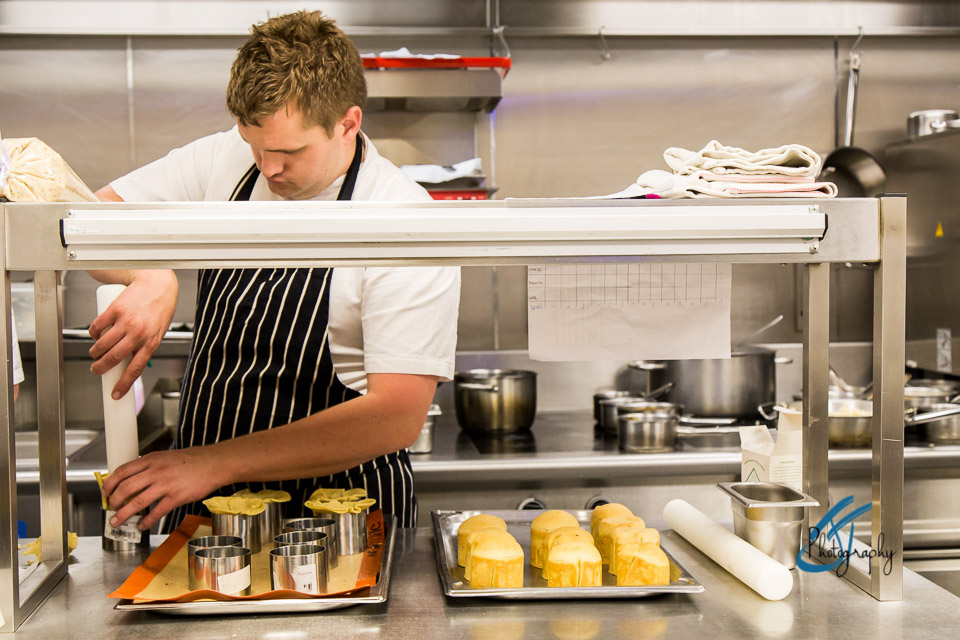 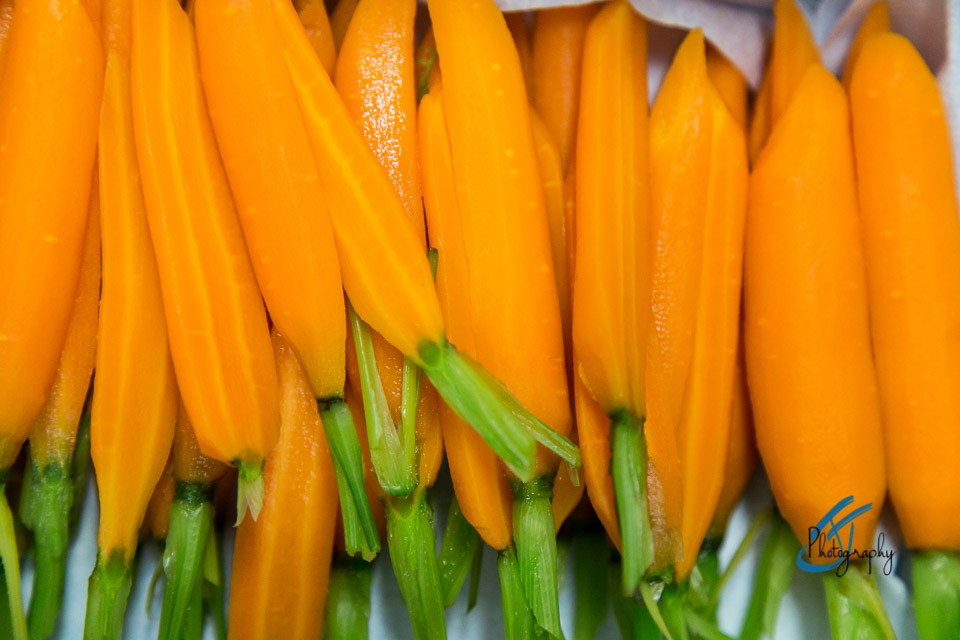 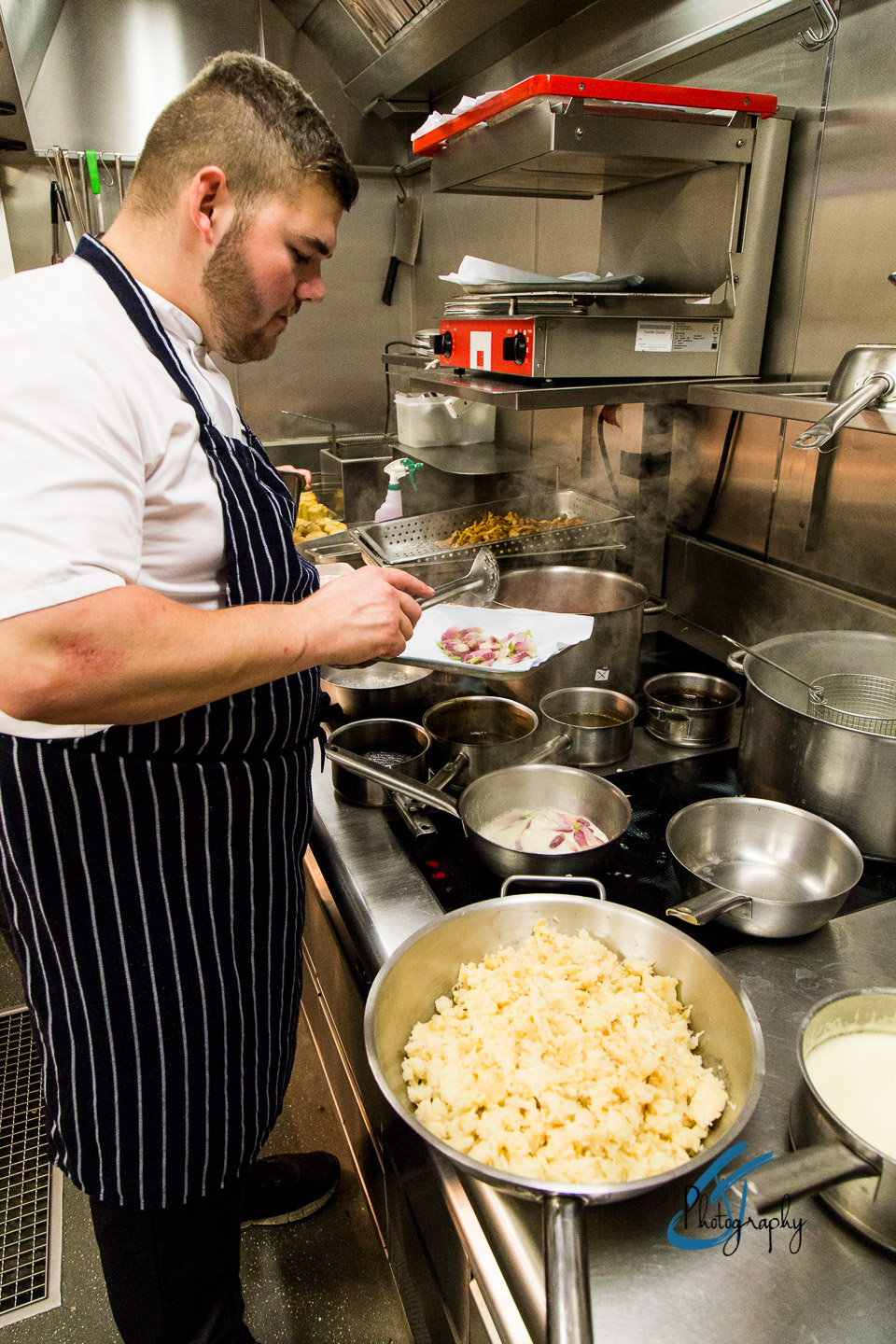 Just before the guests arrived we needed to get some shots in the bag. Some head shots and a group shot of Steven, Margriet and Daniel. Using the large windows for a light source these came together quite quickly. 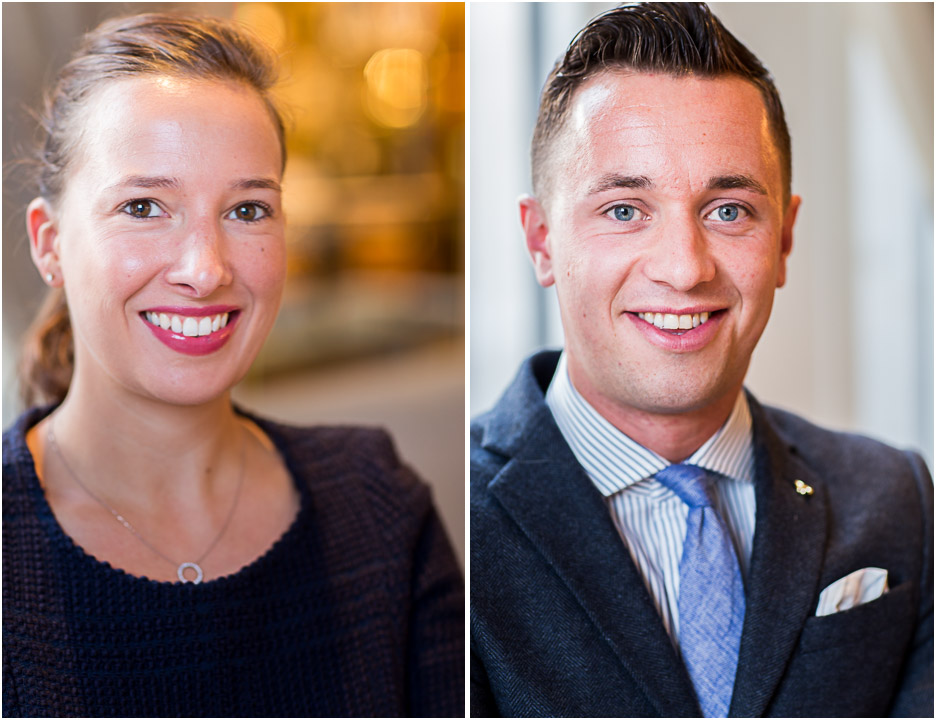 As the guests started to arrive I had the chance to see Daniel and Margriet craft and organise front of house. It’s a joy to see true professionals at work, who love their career and turn their position into artistry. These guests were going to be pretty happy pumpkins by the time they left. 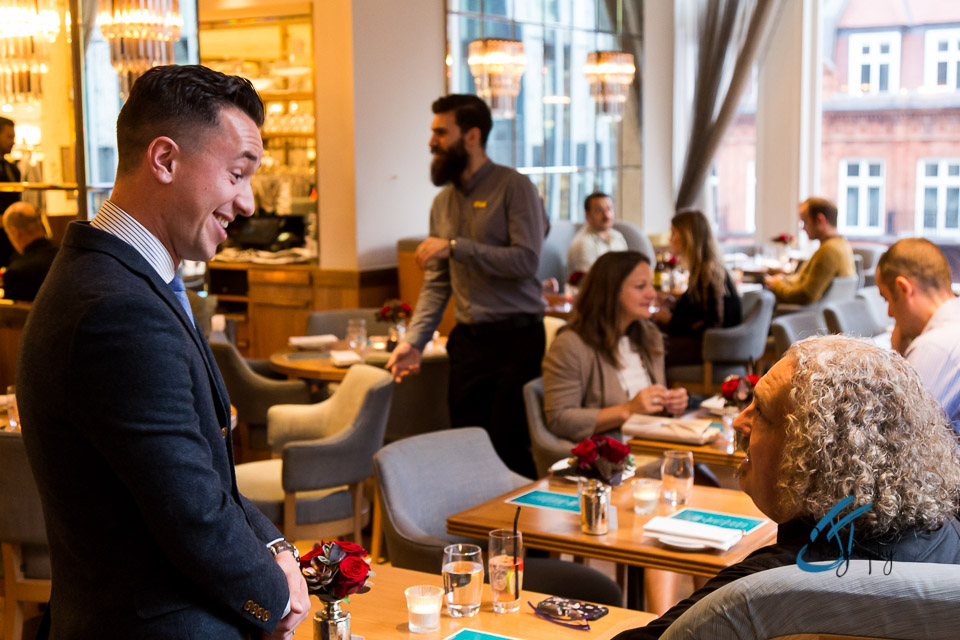 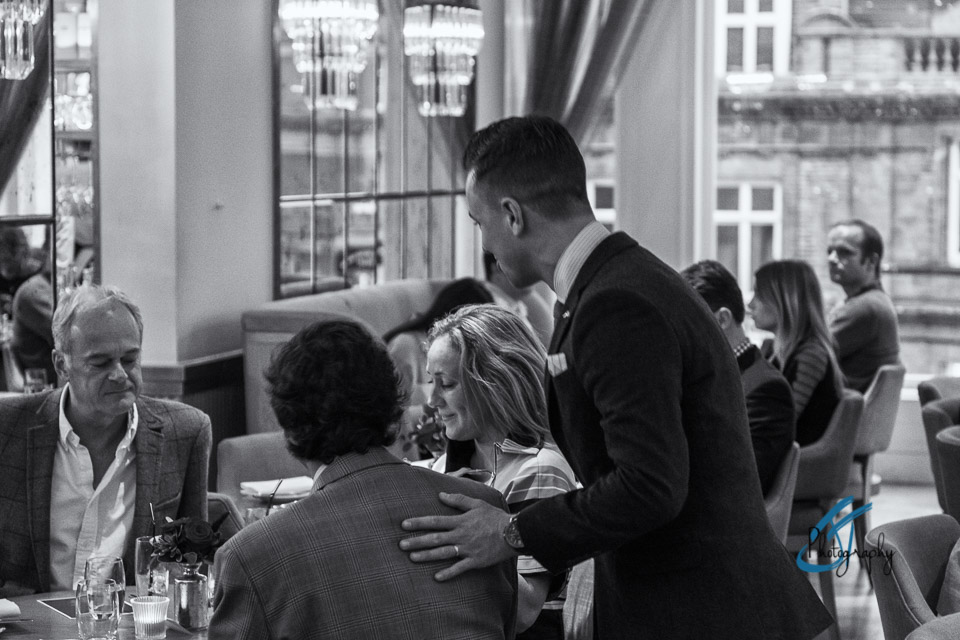 I was focused mainly on the kitchen and food. This was what they were going to need for promotions and articles. I dipped in and around the chefs, looking for interesting angles and possible shots. During service plating up is always a good time. The calm tension rises and the chefs are focused as all the components come together on the plate. 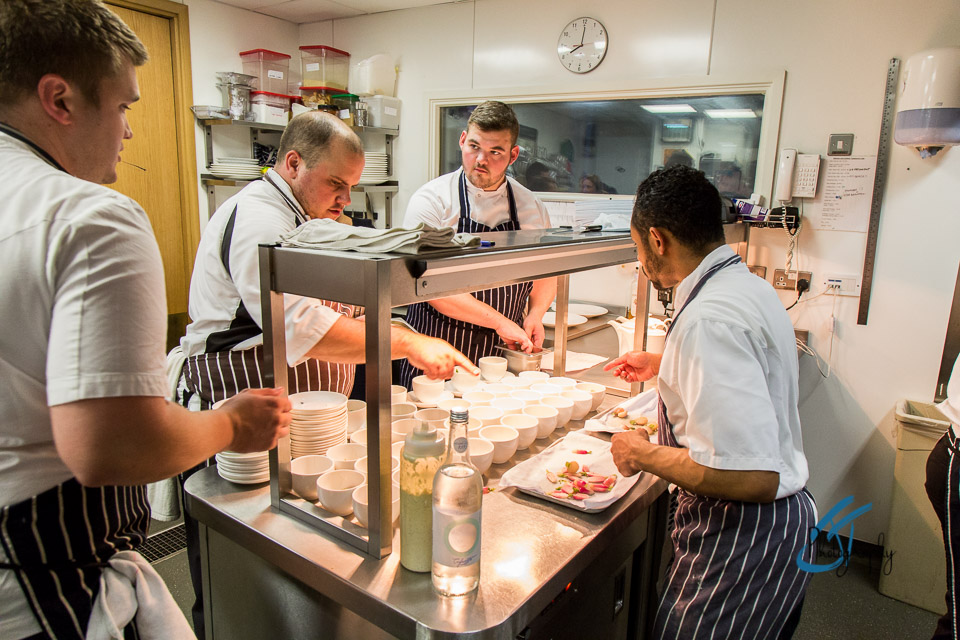 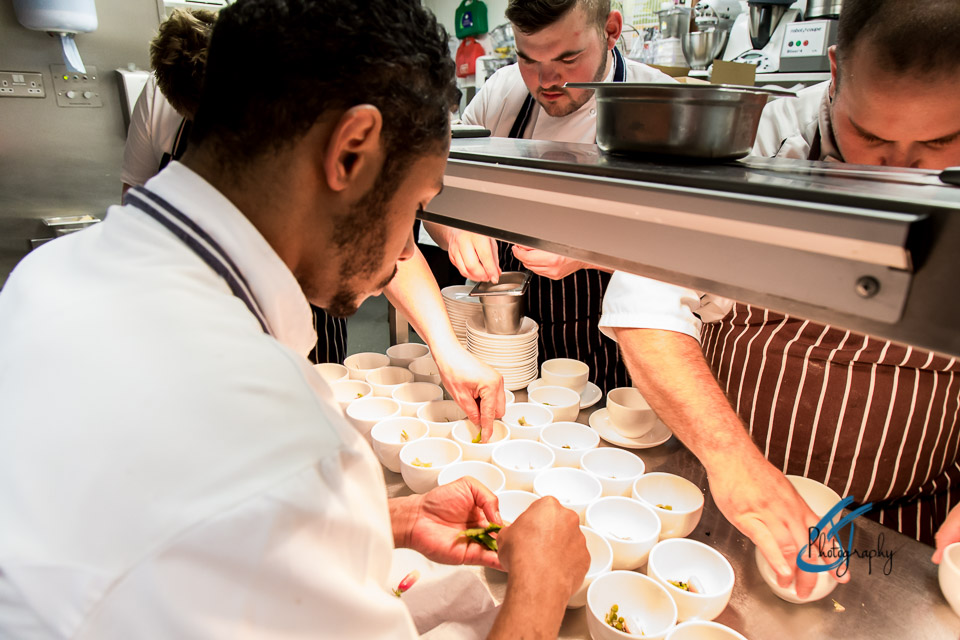 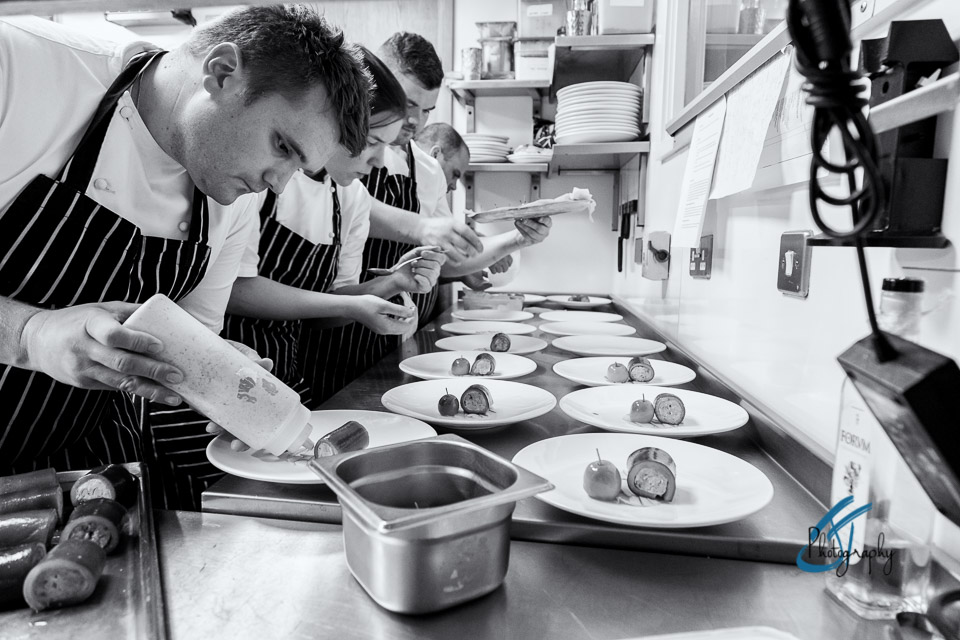 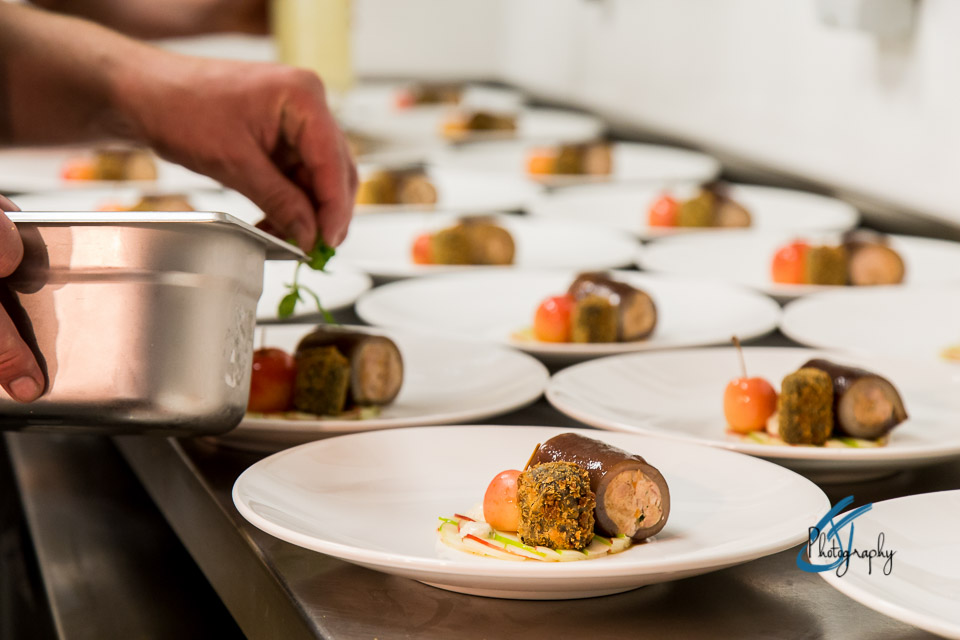 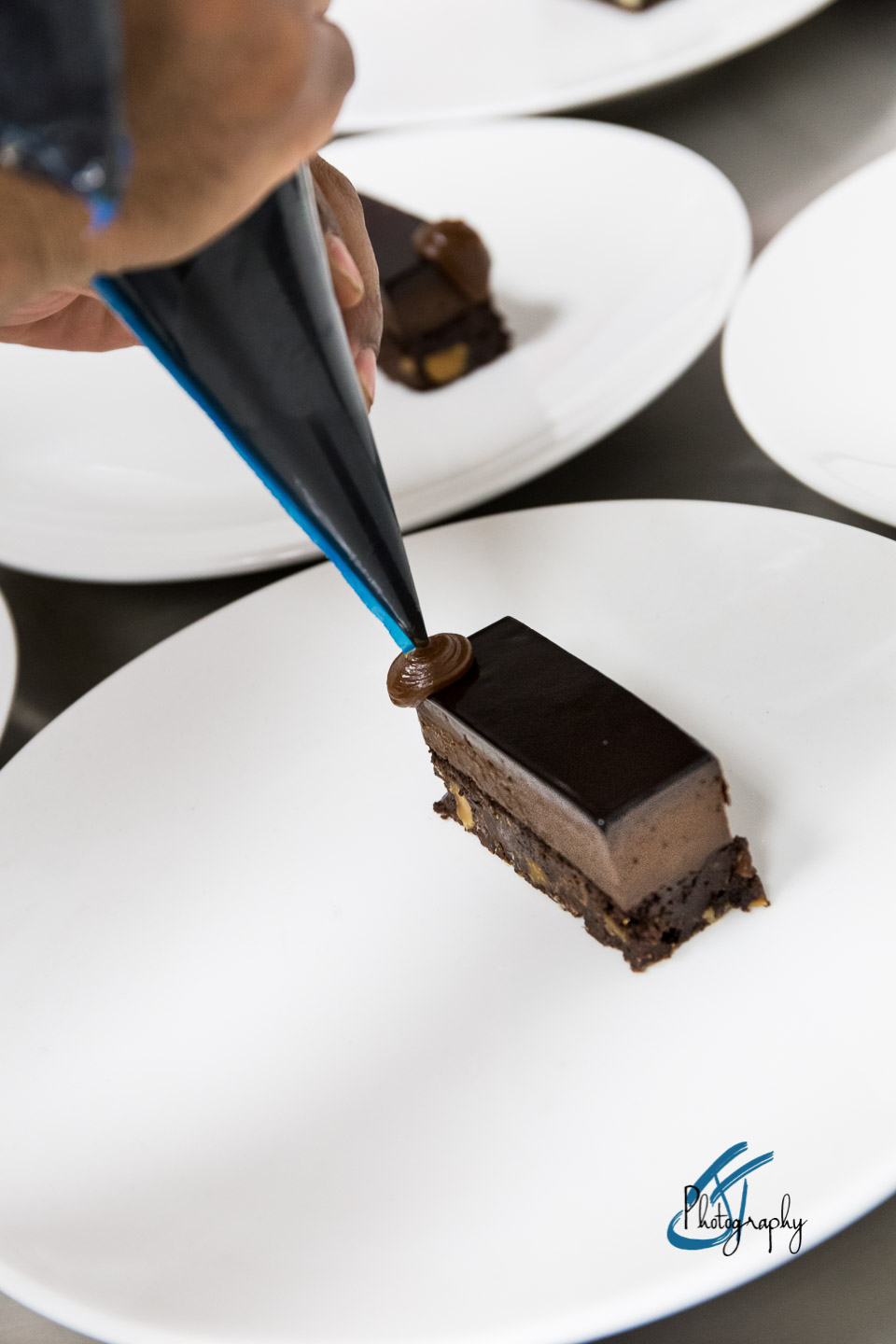 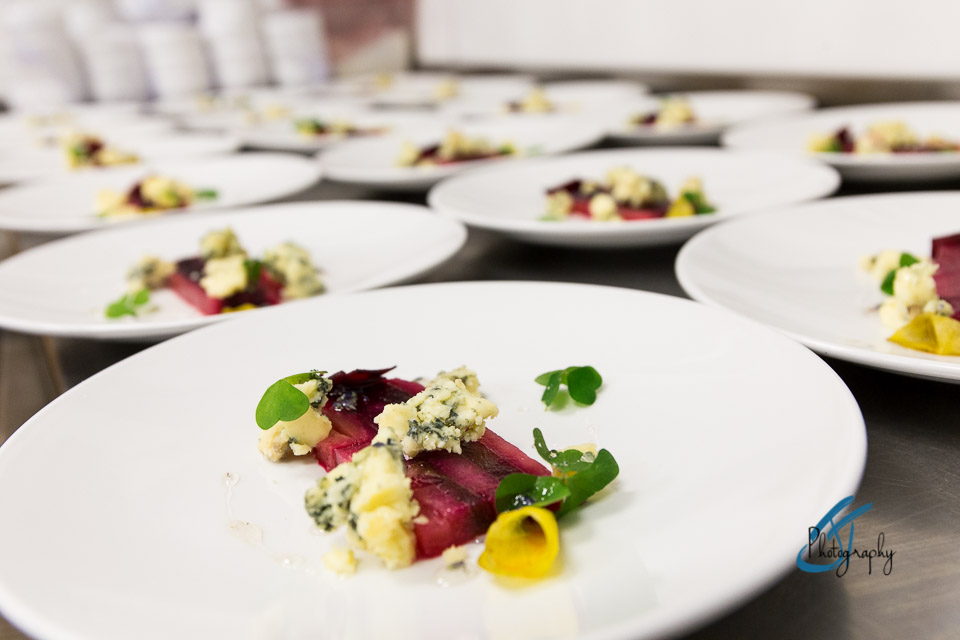 Steven and his brigade produced some beautiful food and it’s just a taster to what The Oxford Blue will be serving up each day. The renovations are coming together really well and last time I looked, were due to open in July. Pop over to The Oxford Blue website to keep up to date on progress and book yourself a table when they’re open. 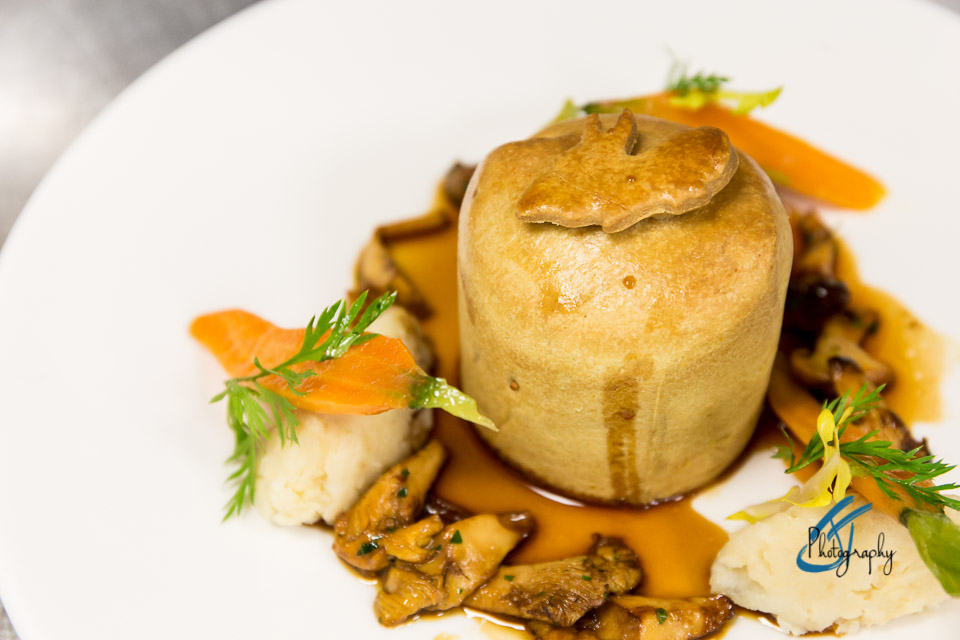 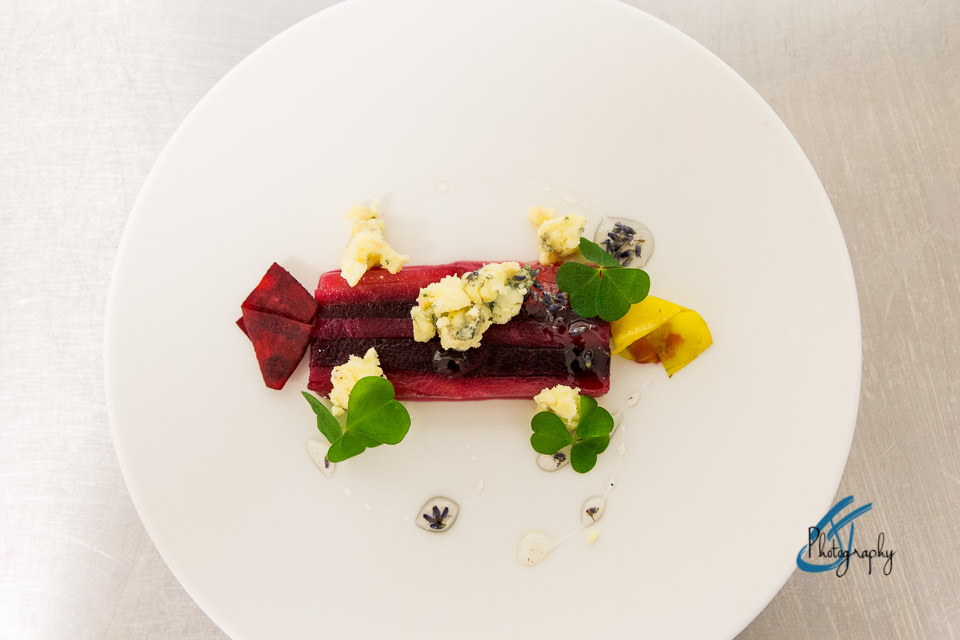 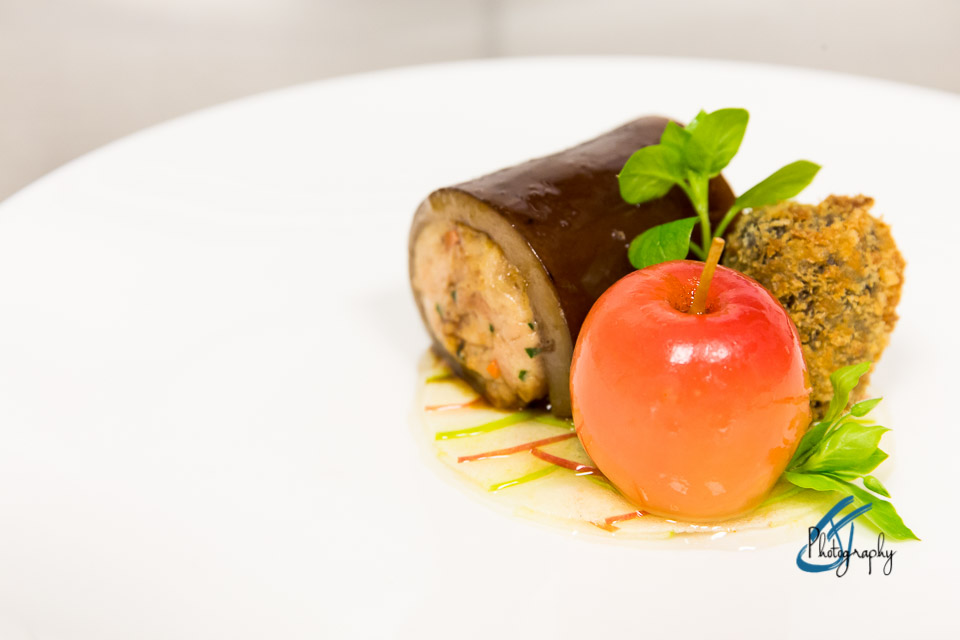 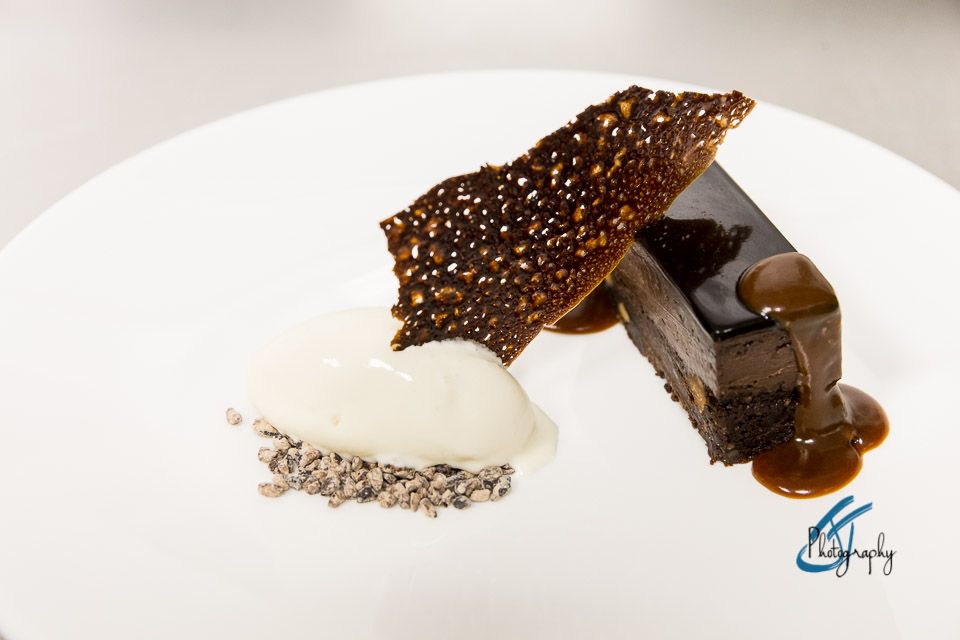 That’s all from me today. Have an awesome week and I’ll catch you back here for more foodie photo fun very soon.