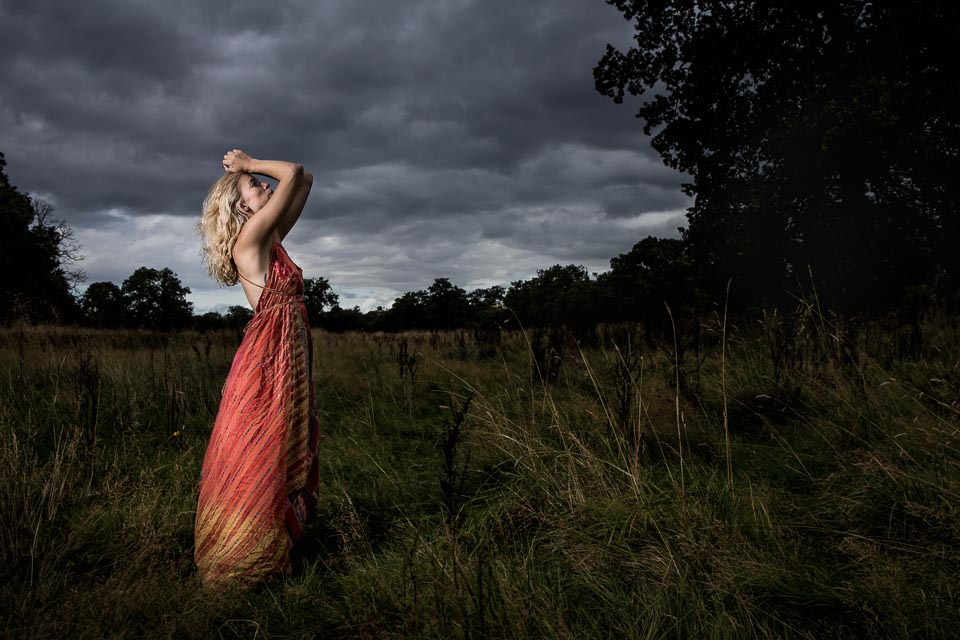 It’s another photo which you may not expect from me. No food in sight, although Nicolette Whitley is a big lover of food and keeps a close eye on her nutrition as a dancer.

I’d wanted to get out and shoot something different and when I approached Nicolette with some ideas she was as enthusiastic as usual. That’s what I love about creating with Nicolette, she’s all in, nothing held back. It started with an idea of creating photos which met a theme of health, fitness, yoga, nature and spirituality.

We’d had a previous shoot in the same location, a month previous, with a similar but less focused agenda. Shooting on the banks of the River Dee and mixing dance and yoga within the movements. As is often the case, that led to another shoot with a few more ideas. This time Nicolette was doing more yoga positions and jogging further up the trail. I’ll be writing a post on that and show you what we came out with.

Then we switched outfits, well, Nicolette did, I could never wear that red dress, it’d clash with me beard. 😉 We moved over to the fields next to the car park and took things a little more yoga/spiritual. The sky was nice and dramatic and I could see how the trees would look great almost silhouetted against the clouds. The tree line you see curving from the right of the picture towards the centre, are actually following the banks of the River Dee. This gave the shot some good perspective.

The light is a single Speedlite in a square Lastolite Ezybox to camera left, with the front defuser taken off. Flash is in ETTL.

We’d spoken about the feel, the story we were telling and I left Nicolette to pose however she felt would fit the part. The dress is very pretty, made of light material, so it hangs nicely with this very simple, but quite lovely pose. To me, it has a feel of Avalon and a slight mystical world, almost druid-like. It spoke to Nicolette, she really loves it, me too.

Join me tomorrow for the final photo looking back at 2016.