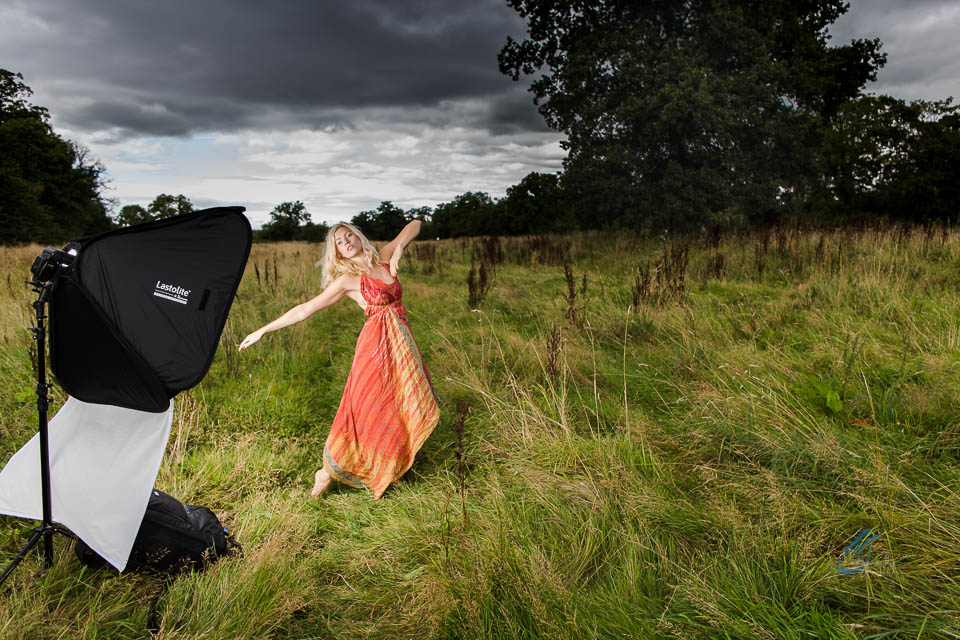 Personal project behind the scenes with a one light setup, on location

Hi gang, something a little different today. I’m sharing a simple one light setup which I recently used to great effect on a personal project with dancer Nicolette Whitley. As a commercial photographer I shoot more than just food. During restaurant and editorial shoots environmental portraits are often part of the gig.

The same techniques I use for commercial photography have often been honed while I create personal work. This is a great way to try out new approaches which you can later bring to your clients, giving them far greater value and widening your abilities.

The feel to this part of our shoot was a mixture of yoga and spiritual connectivity. I very much left Nicolette to choose poses and movement which just felt instinctive to her. You still have to give your subject input and a little guidance so they feel they’re providing what you need for a strong image. Never hunker up behind the camera in silence. After all, you can imagine how unsettling this would be for you if none of you clients gave you feedback on the work you created.

The sky was looking pretty dramatic on this very mild, late August afternoon. I knew I wanted to bring plenty of drama into the environment. This would contrast nicely with the red dress Nicolette was wearing. Dropping the ambient exposure by 2 or more stops using low ISO and faster shutter speed. The background was a long way behind Nicolette but I wanted to keep some depth of focus so I could bring out cloud and tree line details later on. 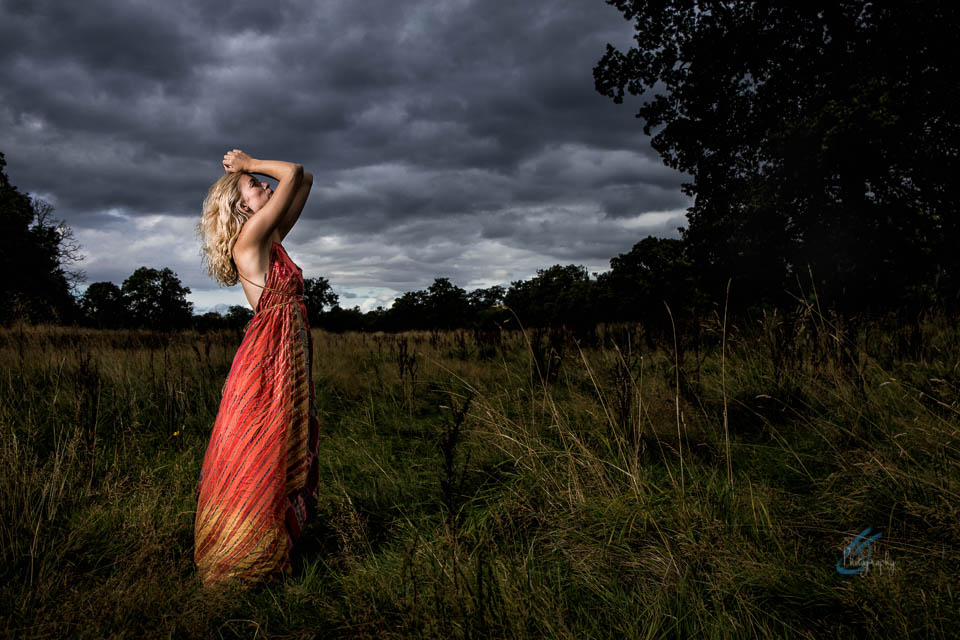 The maximum flash sync speed on the Canon 6D, which I was using on this occasion, is 1/180 sec. This wasn’t going to darken the scene as I wanted. To get an ambient exposure that I required I was shooting at 1/800 sec I would have to get into the realms of high-speed sync with the flash. In this mode, the speedlites don’t give off one pop of light. Instead, they give a very short pulse of light in order to register with the camera sensor. It’s a very cool feature which, up until fairly recently, was only possible with small flash. The downside is, you lose a little or a lot of flash power, depending on the shutter speed increase and since I was using just one speedlite in a softbox, it was a potential limitation.

In different situations, I may have upped my ISO to make the camera more sensitive to my flash, but here, I would have gained more ambient light, reducing the moody drama of the scene. You could also use an ND (Neutral Density) Filter which would darken the whole scene without taking my shutter speed beyond its natural sync mode (Below 1/180). In this case, the flash wouldn’t have had to move into HSS, therefore not loosing as much flash power and giving me a bit more flexibility.

The light was up higher than Nicolette (Higher than in the pullback shot above) It was pointing down a little towards Nicolette and feathered slightly away from her. (Feathered being the term we use for turning the light away from the subject a little or a lot) With the outer defuser taken away, the light does become a little harder, which fits in nicely with the scene.

The flash was in Manual mode and triggered using the optical system of the Canon 580 EXii’s. One speedlite in the Lastolite Ezybox softbox as a slave and the master on the camera hot shoe.

There you go. One light. One amazing dancer. One dramatic sky. A bit of enjoyable editing in Lightroom and you’re done. Here’s a wee lighting diagram, just because folks like them 🙂 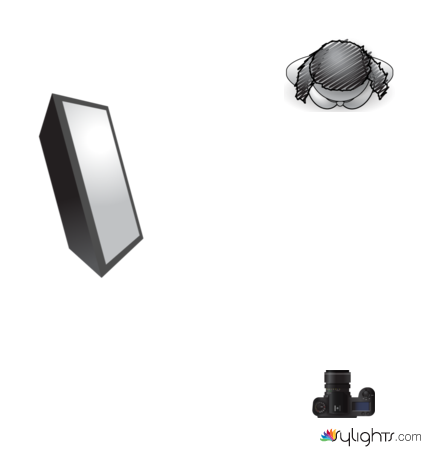 I encourage you to get out this weekend, one light, one subject and just give it a try. Practice makes improvements.

See you back here very soon.